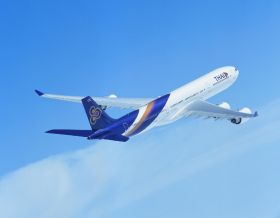 People’s Alliance for Democracy (PAD) protesters were told to leave the airports at 10am local time by their leaders last night, following the dissolution of the ruling coalition and Prime Minister Somchai Wongsawat stepping down, according to the ABC.

“As of this moment the PAD has allowed flights to take off and land immediately, both passenger and cargo flights,” said senior PAD member Somkiat Pongpaiboon.

The protest at Suvarnabhumi International Airport effectively cut off horticultural exports to Europe, the majority of which are airfreighted in the hold of passenger flights.

PAD leaders said they expected flights to resume in the next 24 hours, but the earliest flight would not leave before Friday morning according to the chairman of the airport’s board of directors, Vudhibhandhu Vichairatana.

Hundreds of flights were cancelled during the protests, leaving cargo and 350,000 passengers stranded at the airport.

Pure cargo flights were earlier allowed to resume out of Suvarnabhumi airport.