With shipments set to start on 15 May, the government sets an export target of 150,000 tonnes for the year 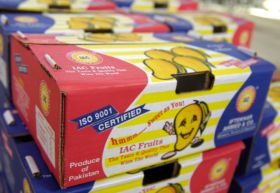 Mango exports from Pakistan will begin on 15 May this year, according to the All Pakistan Fruit and Vegetable Export Association (APF&VEA), with the country expected to ship 150,000 tonnes of fruit by the end of the year.

Waheed Ahmed, chairman of APF&VEA, told the Pakistan Observer that the government had this week agreed to the earlier start date due to the early summer season experienced in the country.

According to Mr Ahmed, Pakistan is exploring fresh opportunities for its mangoes this year, with new export markets including China, Russia and Poland.

Shipments to these countries, along with traditional markets such as Iran, the United Arab Emirates and European countries, are expected to bring in a total of US$40m to the country this season.