ColourfulTaste.nl promotion to be launched in the Netherlands but also extended to markets in Germany, UK and Japan 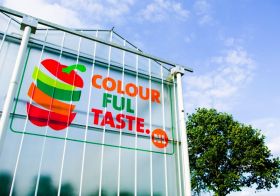 A major new promotional campaign for locally produced peppers, aubergines and cucumbers is gaining momentum in the Netherlands, with more than 800 supermarkets across the country preparing to sell Dutch peppers under new brand ColourfulTaste.nl.

From next week, supermarket chains Plus, Super de Boer, Coop and Deen will take part in the promotion, stocking packs of peppers as well as aubergines and cucumbers with the eye-catching ColourfulTaste.nl logo displayed on them.

The project is designed to raise awareess of the clean and safe nature of Dutch vegetables, particularly among young consumers.

Shoppers will be invited to check the campaign website and enter a number of competition in order to win prizes. Additional promotional activities, including distribution of information leaflets and the publication of articles in the supermarkets' in-house magazines are also planned.

The ColourfulTaste.nl campaign is an initiative organised jointly by P8, K8 and A8, Dutch cooperatives which bring together producers of peppers, cucumbers and aubergines respectively in order to protect the interests of growers and encourage increased sales.

The cooperative organisations are supported by major supplier The Greenery as well as the retailers involved in delivering the promotions.

The campaign is also being aimed at boosting sales in key export markets such as Japan, Germany and the UK. Three separate websites dedicated to the three individual products are due to go online this week under the ColourfulTaste.nl banner.