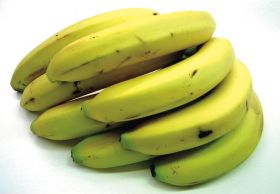 A project in Taiwan has developed a biochip claimed to be capable of simultaneously detecting multiple viruses in both bananas and potatoes.

The researchers - from a range of businesses and universities - claim conventional tests check for one virus at a time and take at least five hours.

In contrast, their research has shown, the newly developed chip simultaneously checks for three viruses found in bananas and five in potatoes. Both crops are prone to filterable viruses.

Professor Chang Chin-An, from Chaoyang University of Technology, noted that about US$200 million is spent worldwide annually to test bananas and potatoes for viruses by conventional means, with a test for three viruses costing around NT$360 (or £7.50). But the biochip could reduce that by half, he added.