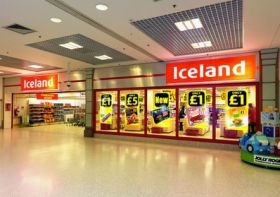 Iceland CEO Malcolm Walker is “delighted” that the crown prosecution service (CPS) has dropped the case against three men caught stealing food from the retailer’s bins.

Walker said in a tweet: “Delighted @cpsuk has agreed to drop the Kentish Town prosecution - though it's hardly the 'Iceland Foods case' as we knew nothing about it!”

Earlier this week The Guardian reported that the CPS was pursuing a case against three men for the theft of food from bins in a secure storage yard behind an Iceland store in Kentish Town, London.

The CPS subsequently decided to withdraw the charge after the news sparked significant media coverage and criticism from the public as well as a response from Iceland and various online petitions.

Baljit Ubhey, chief crown prosecutor for CPS London, said in a statement that the case had been reviewed by a senior lawyer and it was decided that a prosecution is not in the public interest.

He said: “In reconsidering this case, we have had particular regard to the seriousness of the alleged offence and the level of harm done. Both of these factors weigh against a prosecution.

“Additionally, further representations received [29 January] from Iceland Foods have affected our assessment of the public interest in prosecuting.”

The men were caught stealing tomatoes, mushrooms and cheese from a secure storage area last year.

The frozen foods retailer said that police from the next-door station attended on their own initiative, rather than being called by staff. It also said that it had not instigated prosecution proceedings.

After hearing the news, Walker said in a series of tweets that he was investigating with the CPS why they had decided to take the case to court.

The men were initially arrested for burglary but were later due to be charged under the 1824 Vagrancy Act for being caught in “an enclosed area, namely Iceland, for an unlawful purpose, namely stealing food”.