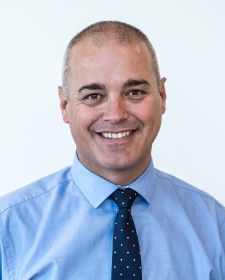 He has joined homeware firm Wilkinson to take up a similar position.

Toal had worked for The Co-op for nearly 15 years, including a stint as acting CEO.

Steve Murrels, chief executive of retail, says: "This is a terrific opportunity for Sean and I'm delighted for him personally that it has come about.

"I know the decision to leave the business was not one Sean took lightly and I would like to thank him for his 14 years of great service: he has made a significant contribution at all levels, from retail operations director through to his current role of COO.

"Sean was also acting CEO in the period before my appointment and I would like to thank him for the personal support he has given me over the past two years and the great commitment to the business, particularly in the way he has developed our Co-operative talent for the future."

Toal will continue to work at The Co-op over the next few months, and news of his replacement will be announced nearer to the time that he officially leaves.