Bizarre query among the 31,000 non-urgent calls made to the Welsh Ambulance service in 2013/14 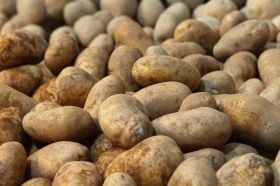 Are green potatoes poisonous? There's only one way to find out, it appears, and that's to drop everything, rush to the phone, and breathlessly and frantically dial 999.

Such a call was among more than 31,000 non-urgent calls made to the Welsh Ambulance service in 2013/14, only three of which resulted in hospital treatment.

Ambulance chiefs today revealed some of the sillier calls, including the green potato one, from a woman in Bangor, as they urged the public to think twice before calling.

Other daft calls included: A man who dialled 999 because he had a fly in his ear (Milford Haven); A man with a ring stuck on his finger (Burry Port); A mother whose daughter had drunk water from a dog bowl (Swansea); A woman who needed advice because she had fallen out with her brother (Hereford); And a man who had discovered a bruise on his foot (Tywyn)

Richard Lee, head of clinical services at the Welsh Ambulance Service, said: "When people misuse the service it means our precious time is being taken away from someone who really does need our help."