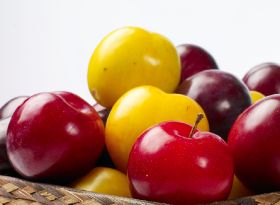 Chefs must use South African produce in their competition entries

The competition asks students and young chefs to invent a three-course menu inspired by South African food and cooking. They must use either plumns, peaches, nectarines, apples or pears from the country in each course and are encouraged to research South African food before entering.

The top prize is an expenses-paid trip to South Africa to work for a week in the kitchen of the Tasting Room, Margot Janse’s award-winning restaurant in Franschhoek. There will also be prizes for the seven runners up.

After the first round, eight shortlisted chefs will be invited to take part in a cook-off final in London at the end of March.

The winning chef will win flights to South Africa and accommodation in Franschhoek in South Africa’s Western Cape, and work at the restaurant, located in the Le Quartier Franais hotel.

The Cook South Africa competition is part of an ongoing campaign to promote fresh produce from South Africa, particularly the flavour and season of its fruit, and the key role farming is playing in the development of the country.

This year’s competition closes for entry closing date on 27 February, 2015.

The winner of Cook South Africa! 2015 was 23 year-old Tamsin Claessen, a student at Belfast Metropolitan College, who took up her placement at the Tasting Room in August 2015.