As well as making internal promotions, G’s has also looked outside of the business to freshen things up 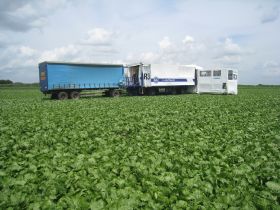 Fresh produce giant G’s has made several key appointments, following on from its move to split the role of Group CEO into three leadership positions in G’s Fresh, G’s Added-Value and G’s Farming.

As well as making internal promotions, G’s has also looked outside of the business to freshen things up.

Changes in the wake of Alan Christie’s exit as G’s Group CEO include ex-Northern Foods and 2 Sisters Food Group man Kuldip Kular, who has been hired as chief operating officer of G’s Added-Value, focusing on the UK, USA and worldwide.

David Potter joins from 15 May as managing director for Europe at G’s Added-Value, with responsibility for the Added-Value factories in Spain, Poland, the Czech Republic and the Netherlands.

In addition, Potter – formerly of Bakkavor, Geest Group and Northern Foods – will take on a “group role leading a pan-European approach to purchasing and logistics activities and business systems.”

Long-serving G’s employee Peter Sargeant, meanwhile, has been appointed as COO of G’s Fresh Salads and G’s Fresh Mushrooms. Claire Donovan has been hired as technical director for G’s Fresh Salads, Mushrooms and Vegetables. Donovan, who has held technical roles at Tesco, Flamingo Produce, Worldwide Fruit and IVG White, will report to Sargeant, and starts in the role from May.

Sharon Affleck – who previously spent more than a decade at Worldwide Fruit – has been appointed as managing director of G’s Fresh Vegetables, with responsibility for onions and organic vegetables. Affleck had previously held the position of commercial manager at G’s Fresh.

And rounding off the changes, Derek Wilkinson is to take on responsibility for The Lettuce Company (Sussex) – formed in January 2012 as a result of a restructure of the Langmead Farms Business – to “ensure the long-term production of lettuce in Sussex and spring onions in Kent, and the east coast operations.”