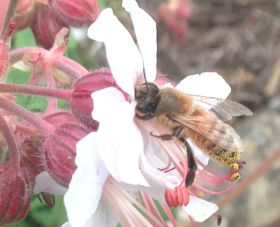 Aldi UK is reviewing pesticide usage in its supply chain

Aldi UK is reviewing its pesticide policy for suppliers following news that the company’s German operation has banned neonicotinoids from its supply chain.

The review will obtain information from academics, NGOs, industry bodies, government, independent technical providers and suppliers, Aldi said. It will cover all pesticide use in the supply chain, including neonicotinoids, and is due to be completed later this year.

Environmental group Friends of the Earth said it has been pushing the retailer to follow its German counterpart and welcomed the news of its review.

In a letter sent to Friends of the Earth Aldi wrote: “The aim of this review is to establish an Aldi UK position on pesticide usage, including the use of neonicotinoids, that will take our approach beyond the current status quo, particularly in relation to pollinators.

“We would be keen to obtain further information from Friends of the Earth on your position regarding pesticide usage, in particular any scientific evidence you are able to provide, in order to incorporate these views into our overall approach.”

Aldi said it looks forward to maintaining dialogue with Friends of the Earth to ensure its future approach supports suppliers in ensuring products “are grown in consideration for the environment”.

German parent company, Aldi Sud, recently banned suppliers from using eight pesticides in its fruit and vegetable supply chain, which are produced for the German market.

Friends of the Earth bee campaigner Dave Timms said: “Aldi UK’s pesticide review and pledge to do more to help bees and other pollinators is a welcome move.

“Supermarkets and other retailers must take more responsibility for the impact their activities have on our planet.”