Mahachanok mango has replaced Nam Dok Mai after a drought cut the season short, and is listed for the first time in M&S 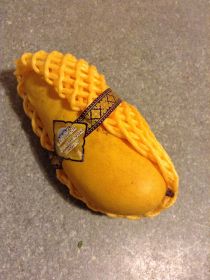 Thai fruit importer Blue River International has launched a new mango in the UK after a drought in Thailand halted the cropping season of its usual variety.

The Mahachanok mango arrived on Marks and Spencer’s shelves last week, the first time it has been listed with a UK retailer, according to Blue River.

It replaced the Nam Dok Mai variety after the season finished early due to a drought in key producing regions in Thailand.

Similar in appearance to the Alphonoso mango, Mahachanok is usually available between February and March but was later this year due to weather conditions.

This late season allowed Blue River and M&S to complete quality assurance and taste tests, leading to its last-minute listing, said the company’s Amanda Buchanan. “Mahachanok is a brand new variety to the UK market. The drought that affected our usual mango variety meant we had the opportunity to bring the new one to market earlier than planned,” she said.

Buchanan was speaking at an event to promote Thai fruit, held last night in east London. Under the ‘Adventures in Fruit’ theme, the campaign is funded by the Thai trade office and aims to promote Thai products that are certified with the Thailand Trust Mark (TTM).

Chef Sebby Holmes prepared Thai canapés and a selection of curries and salads, after speeches from Blue River’s Stuart Buchanan and a representative from the Thai embassy in London.

On display were various Thai fruit, including rambutan, coconut, mango, jack fruit, mangosteen and snake fruit. Visitors included a delegation from the Thai embassy, food bloggers, journalists and other members of the media.

Blue River International is the European marketing arm of Thai grower-exporter Blue River, a family-owned company with production in the western region of Kanchanaburi.

The company supplies a range of Thai fruit into UK retailers, and last year began supplying Thai vegetables, including baby corn, asparagus and lemongrass. Its Raw Nuts brand sells coconuts online to the public, through wholesale markets and to independent retailers.