View the world as your market, suppliers urged

There is growing demand for British exports including in Germany, Spain and China, according to speakers at Food Matters Live 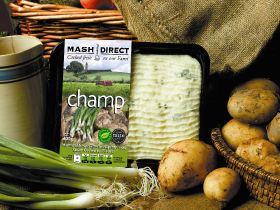 Ireland, France and the Netherlands remain the top three export markets for UK food companies while China will pay up to three times the value of a British product, according to trade experts.

Speakers at an exports breakout session at yesterday’s Food Matters Live, held at London’s ExCel Centre on 22-24 November, looked at how small businesses can make the most of growing demand for British products, inside and out of the EU.

Head of Defra’s Great British Food Unit, Tim Render, said there are growing opportunities for British produce abroad, and stressed there is finance, insight and advice available for first-time or existing exporters.

“The quality of British produce is recognised worldwide. The Chinese market will pay double or even treble the value of a product, because they know the quality is there. Quality, variety, authenticity – the story of British food is the message we are promoting under the Food is Great campaign, and this campaign is growing.”

Nicola Thomas, chair of the Food and Drinks Exporters Association, said attitudes in the trade since the Brexit vote have moved from shock to “real, palpable pragmatism”.

“Our trade mission to Madrid for Welsh producers last week was the single-most successful trade mission we’ve done in terms of deals done on the day. Brexit was mentioned, but not in context of a barrier to trade,” she said.

The UK’s top 20 export markets have all grown, except three, Thomas said, including Spain (up 36 per cent) and Germany (up 10 per cent), while markets outside of the EU are growing at almost double the rate.

“View the world as your market,” she said. “Less than one per cent of consumers are in the UK, which means 99 per cent are elsewhere.”

Marketing director at Mash Direct, Jack Hamilton, whose family business exports mashed potato to Dubai and the US, said exporting can help negotiating power and reputation when dealing with UK retailers.

Hamilton offered tips to new exporters including attending trade fairs, enter awards, use digital marketing to reach overseas consumers, understanding the logistics of an import country, and being selective in terms of market.

For a full analysis of the potential in fresh produce exports, see the next issue of FPJ, out on 2 December.