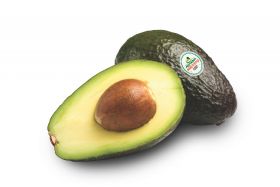 Mexico is a key supplier to the EU

In general, trade agreements were found to have helped boost EU agricultural exports and imports, and increased jobs. The study was carried out on behalf of the European Commission (EC) and looked at three EU trade deals in detail: Mexico, South Korea and Switzerland.

The agreement between the EU and Mexico added €105 million to EU agri-food exports in 2013, three years after both sides removed all agreed barriers.

But it found that further eliminating current tariffs and barriers would further boost trade, and said this is now being tackled in the talks to modernise the EU-Mexico agreement.

More recently, ambitious agreements such as the EU-Korea trade deal, which entered into force in 2011, have had a higher positive impact than older and less comprehensive agreements, such as the 2000 EU-Mexico agreement.

Although not yet fully implemented, the South Korea FTA added €439m in additional EU agri-food exports in 2015, mostly in the form of primary products and commodities.

Agriculture commissioner Phil Hogan said: "These three agreements alone have increased EU agri-food exports by more than €1 billion and have raised value-added in the agri-food sector by €600 million.”

Commissioner for trade Cecilia Malmström said: "Trade deals, done right, are a force for good for our farmers and food producers. This study also gives important input on how we can continue to cut unnecessary red tape and get rid of barriers in our trade negotiations going forward."

The report also found that increased imports have little impact on domestic EU production, and instead reflect a replacement of imports from other third countries, or an increase in EU consumption.

And it underlined the importance of "closely following the trade negotiations of the EU's main competitors", to make sure that the EU does not fall behind in access conditions to important markets for agri-food products.

The EC said it has “significantly increased its promotion budget”, with Hogan having already carried out high-level visits to six countries (Colombia and Mexico, China and Japan, Vietnam and Indonesia) to promote EU agri-food products and explore new business opportunities.

The next visit will be to Canada – which has just signed a FTA with the EU – followed by Singapore and Mexico later in the spring.

The agri-food sector accounted for 7.5 per cent of total EU exports in goods in 2016, and 6.6 per cent of all imported goods.