Growing Green has been fined over £120,000 after a worker suffered deep cuts to the arm in a chainsaw accident 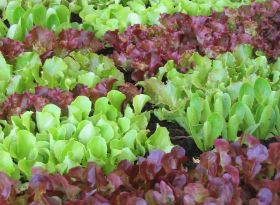 Essex salad grower Growing Green has been fined over £120,000 after an employee was seriously injured by a chainsaw while felling trees.

The worker suffered deep cuts to his arm and nerve damage while working at Brentwood Nursery on 6 April 2016.

A Health and Safety Executive (HSE) investigation found that neither man had been trained to operate the chainsaw, and neither were wearing any personal protective equipment, such as chainsaw trousers, gloves, safety helmet, safety boots or eye protection.

There was no supervision and no proper planning had been put in place, HSE said.

Growing Green pleaded guilty to a single breach under Section 2 of the Health and Safety at Work Act 1974 at a hearing at Basildon Magistrates’ Court.

Speaking after the case, HSE inspector Tania van Rixtel said: “This incident could have easily been avoided if the company had adopted a safe method of working that did not put an employee in the direct line of the moving chainsaw. It was only luck that the gentleman did not lose his arm.

“Companies are reminded that even occasional and ‘one-off’ jobs need to be properly planned to ensure the correct control measures are in place.”