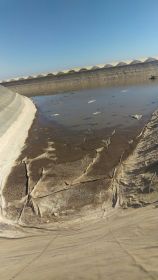 The ongoing drought in Kenya is a “major concern” as lower than expected rainfall and dwindling water reserves in dams are restricting crop planting and irrigation.

Yields could fall further as the country has now entered the cold season where some crops traditionally slow down. East Africa has been suffering from a major drought for months, with Somalia and Ethiopia also affected.

UN humanitarian watchdog Relief Web issued a warning in its July drought bulletin for Kenya, stating that “the outlook for the next three months is worrying”.

“Livelihoods are already under significant stress which will only deepen as the dry season unfolds. Conditions will inevitably deteriorate, and drought interventions must be scaled up in response,” it said.

Commercial manager for AAA Growers, Edward Cunynghame, said: “The drought continues to be a major concern. The rains haven't arrived as they should have. We were lucky to get some during April and May but not enough. This means dams haven't filled up and there isn't enough natural rainwater."

Cunynghame said the country is not expecting more rains until between October and December. “The upshot of all of this means availability might be tight on various lines until the end of the year,” he said.

Aside from drought challenges, quality and overall availability at AAA Growers is good with production reducing as normal on some lines, such as Tenderstem and runner beans, to account for UK production.