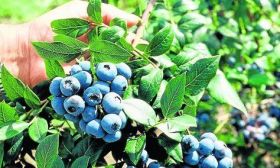 A recent frost in Argentina’s north-east has not adversely affected production of blueberries in the region, according to Alejandro Pannunzio, president of Apama (Asociación Productores Arandanos de la Mesopotamia Argentina).

Several of the producers located around Concordia, in the north-east of the province of Entre Ríos in the Argentine Mesopotamia, are understood to have installed anti-frost irrigation systems in recent years, investments which Pannunzio said meant the frosts seen in week 29 caused “practically no damage in the area”.

He added that the expectations for the coming season, which is due to get underway in earnest towards the end of August, were for a “good and productive” campaign.

The vast majority of Argentina’s fresh blueberry crop is exported to the US and the UK, although some of the early production is sold on the domestic market.