An agreement on the Irish border, the rights of EU citizens and a financial settlement has been deemed ‘sufficient progress’ 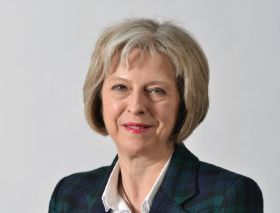 Theresa May flew to Brussels on the morning of 8 December to seal a first-stage agreement (Photo: Home Office)

Brexit talks can move forward into the first stages of negotiating a new trading relationship between the UK and Europe thanks to a breakthrough agreement this morning, the European Council has confirmed.

President of the European Commission Jean-Claude Juncker announced that sufficient progress had been made on the first stage of talks early this morning (8 December) after a tense week of negotiating that has centred around the border between Ireland and Northern Ireland.

Prime Minister Theresa May flew to Brussels this morning to confirm a deal that, according to a joint report, will guarantee the rights of three million EU citizens in the UK “enshrined in UK law and enforced by British courts”; agree a financial ‘divorce’ settlement; and guarantee that there will be “no hard border” between Northern Ireland and the Republic.

News of a soft border in Ireland will be welcomed by fresh produce businesses on the island, many of whom send daily deliveries across the largely unmarked border, while the rights of EU citizens offers increased clarity on the future for permanent and seasonal EU workers, although the detail was minimal.

The joint text following the agreement states that rights of EU citizens in the UK remain essentially unchanged, although there are tighter limits on the rights of bringing family members to live in Britain. Rights of children and those of partners in existing "durable relationships" are guaranteed.

But the biggest positive reaction has been the green light to move ahead into negotiating the all-important new trade deals, alongside other policy areas such as security and defence.

President of the European Council Donald Tusk warned that the hardest stages of negotiation lies ahead, and warned that talks must be completed in “de facto less than a year”.

“While being satisfied with today’s agreement, which is obviously the personal success of Prime Minister Theresa May, let us remember that the most difficult challenge is still ahead,” he said.

“We all know that breaking up is hard. But breaking up and building a new relation is much harder. Since the Brexit referendum, a year and a half has passed. So much time has been devoted to the easier part of the task. And now, to negotiate a transition arrangement and the framework for our future relationship, we have de facto less than a year.”

The British Chambers of Commerce director general Adam Marshall said: “The biggest priority for many firms since the EU referendum has been to get clarity and security for their European employees, whose contribution to business success across the UK is hugely valued. We are delighted that they, as well as UK citizens living and working in the EU, now have more clarity and can plan their future with greater confidence.”

NFU Cymru president Stephen James, said: “NFU Cymru welcomes news that an agreement in the first phase of Brexit negotiations between the UK and the European Commission has been reached.
“The joint report states that following the withdrawal from the Union, the UK will continue to participate in European Union programmes financed by the Multiannual Financial Framework 2014-2020 and this is to be welcomed. We now seek clarity from the UK government as to what this means as far as our commitments as part of the CAP and to the support received by farmers in Wales under the current Basic Payment Scheme and Rural Development programme.”
comments powered by Disqus