OrchardWorld and Norton Folgate will now operate under new name of ‘The Orchard Fruit Company’, with BerryWorld trading separately 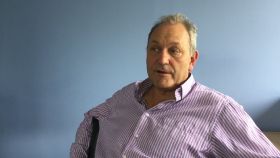 Mark Culley is managing director of The Orchard Fruit Company's topfruit side, OrchardWorld

Fresh produce giant Poupart Produce has restructured its business and renamed a section of its operations following the expansion of its soft fruit arm BerryWorld.

From now on Poupart’s topfruit and stonefruit companies, OrchardWorld and Norton Folgate, will fall under the banner of The Orchard Fruit Company (or Orchard Fruits Limited), while retaining their individual trading names.

The Poupart name will live on only through wholesale foodservice supplier Poupart Imports, while BerryWorld will no longer operate under the same banner.

Meanwhile, Citrus First, which also used to form part of Poupart Produce, has been incorporated within Norton Folgate – a change that took place at the beginning of 2018.

The ultimate ownership of the companies will remain the same, however, with Argent Foods continuing as the holding company.

Explaining the rationale behind the restructure, OrchardWorld’s managing director Mark Culley said: “Firstly, this will give us a stonefruit and topfruit business with a £60 million turnover.

“The two companies [OrchardWorld and Norton Folgate] are obviously very closely connected so we will continue to extract the synergies out of those businesses and we’ll offer customers all products. They can then either deal directly with OrchardWorld or Norton Folgate, so there’s a commercial advantage to do it.

“Before, we would have approached a customer as separate companies. Now we’ll go to a customer as one company offering a range of both stonefruit and topfruit. This will streamline the business for the future and help us save costs related to accounting etc.”

Poupart Produce tweeted on 28 February that it would no longer be posting under that name, however the company is still in the process of changing its name on its website and in other parts of the business.

Commenting on marketing and promotion of the new name, Culley said: “At this point we’re just gently moving it into the business. There’s no great razzamatazz at the moment.”

The move follows the growth of the BerryWorld business. Since 2016 the soft fruit group has expanded to include BerryWorld Australia and BerryWorld Iberia, as well as merging its joint venture with Dutch supplier Beekers.

In 2017, the UK business also ventured into own-brand retail for the first time.