GCA has "no concerns" over merger 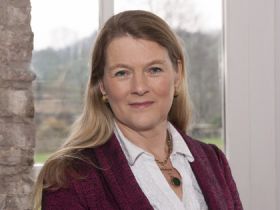 The Groceries Code Adjudicator, Christine Tacon, said she has “no concerns” over the Sainsbury’s merger with Asda in parliament.

Tacon told the Defra select committee she hoped Asda, who were “bottom in her league table” would rise to Sainsbury’s purchasing standards following the deal.

The inquiry, originally scheduled to discuss the work and role of the adjudicator, was naturally dominated by the merger that has sent shockwaves through British food industry.

“I have no concerns at all about the size of these retailers in terms of my ability to regulate them," said Tacon. "In fact having dealt with Tesco, they have improved so much that everwhere I go they say Tesco is a different animal.

“The size of the retailer makes no difference to my ability to regulate them. My penalty powers are one per cent of turnover, so the bigger you are the more it’s going to hurt.”

However Defra chair, Neil Parish MP made clear his concerns for the deal, which would create a new retail giant, suggesting it would put new pressure on suppliers.

“I would argue that big retailers like Tesco and Sainbury’s use their muscle to keep the prices down to the primary producer and processer and then take too much profit.

“Why is it that Lidl and Aldi have a good reputation in the farming and processing world, and yet you can go in there and buy food cheaper? There is a problem with our retail sector.”

Parish voiced fears that suppliers would be intimidated against reporting malpractice against such large groups.

“It’s bound to put greater pressure on you if you’re a big processor. Where on earth are you going to find another 31 per cent market if you tell on the people screwing you into the ground, to put it bluntly?

Tacon responded: “What I’m interested in is if the retailer is doing something that is prohibited by the code. If you have got into an agreement and they are asking for more money not in the initial agreement for example.

"But if the retailers is putting you in a position where you’re having to agree to prices you can’t continue with, and that’s part of your agreement, that’s not something I can deal with.”

Parish suggested that “it should be part of your remit,” adding: “In the end somebody surely needs to look at this because I think people in the farming community think you have those powers but you don’t.”