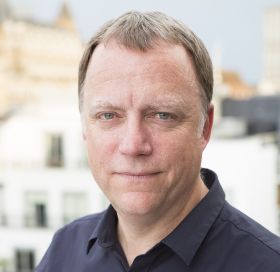 Morrisons chairman Andrew Higginson has been appointed president of IGD by the grocery research charity’s board.

Higginson said: "I am delighted and honoured to be taking up the presidency of IGD and working closely with the trustees and the executive team. I have been involved with IGD over many years and I am looking forward to contributing to its important work for such an exciting and dynamic sector of the economy."

The organisation’s chief executive, Joanne Denney-Finch, added:“I am extremely pleased Andrew is to take on the presidency of IGD. He’s been an incredibly active supporter of our work for many years and I have no doubt that he has a huge amount to bring to this role.

“Many thanks also to Leendert den Hollander for the passion and enthusiasm he has brought to IGD over the last two years.”

The outgoing president, who is also vice president and general manager of Coca-Cola European Partners, said he was looking forward to continuing to work with IGD and supporting the work it does in the future.