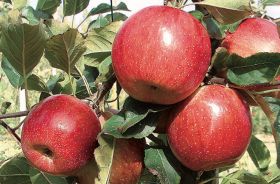 The Soil Association is urging the government to stick with the EU’s ban on gene-editing crops following Brexit.

The organic charity said the government should treat gene-editing with “extreme caution” after Michael Gove reiterated his sympathy for genetically modified and gene editing breeding techniques in a recent speech.

According to The Times Gove told the Country Land and Business Association: “Even if there are individual lobby groups that express their legitimate concerns we will ensure those scientific tools are there for those who can improve productivity in a genuinely sustainable way.

“Gene editing allows us to give mother nature a helping hand, to accelerate the process of evolution in a way which can significantly increase yield and also reduce our reliance on chemicals and other input. There is a potential there for Britain and our scientists and our farmers to lead the way.”

Gove also told a parliament select committee on the Agriculture Bill that he was “open-minded” on the issue of gene editing, although he said that the government had no intention on changing the rules concerning “exiting GM methods”.

Plant breeders and scientists involved with gene-editing received a setback in July when The European Court of Justice ruled that gene-editing crops should be treated as any other type of GM crop, which are so difficult to bring to market they are considered as effectively outlawed.

Emma Hockridge, head of policy at the Soil Association rejected Gove’s overtures to gene-editing however, saying “evidence has shown GM crops to have been a disaster”.

“Scientific research has long shown that these new gene-editing technologies give rise to similar uncertainties and risks as GM always has, and we would urge the government to ensure the UK stays aligned with the recent European Court of Justice (ECJ) ruling that classed gene editing as a form of GM.

“This ruling was backed by strong scientific evidence, including the study published by leading journal Nature that shows the technique ‘causes many profound mutations and DNA damage’.”

Hockridge added that gene-editing is not a “silver bullet” and risks distracting agriculture from other sustainability innovations.

“We have always been clear that these new plant breeding techniques are GMOs and therefore are banned in organic farming and food,” Hockridge said. “The outcome of gene-editing is to manipulate and alter the genome in a laboratory to make a new organism. This is the very definition of genetic engineering, and gene-editing risks introducing similar uncertainties and unintended consequences as genetic modification of DNA.

She said that breeding crops through cultivation of open pollination seeds, “has proven to be lower-cost, faster and more effective than GM, particularly when informed by new technologies like Marker Assisted Selection, based on our new knowledge of the genome”.