A judge has thrown out the case against two senior managers at Britain's largest retailer, calling it "weak" 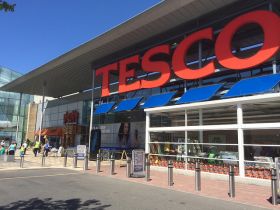 Two directors accused of inflating Tesco’s accounts have been acquitted of fraud after a judge dismissed the case.

Former UK managing director Chris Bush, and former UK commercial director John Scouler, were first brought to trial a year ago which collapsed after another defendant Carl Rogberg suffered a heart attack. A new trial began in October this year.

The Serious Fraud Office alleged that Bush and Scouler had deliberately overstated Tesco group profits by £250m in August 2014, by pulling forward income into their accounts.

The prosecution said in the trial: “‘When margins couldn’t be met people would pull forward income from the future,” saying buyers at the company were instructed to do so by Bush and Scouler, who were described as “generals” in the process.

Tesco shares fell by nearly 12 per cent, wiping £2billion off their total share value following discovery of the error.

After two trials however, Judge Sir John Royce dismissed the case following the conclusion of the prosecution case.

"I concluded in certain crucial areas the prosecution case was so weak it should not be left for a jury's consideration," Judge Royce said.

The SFO tried to overturn the judge’s decision at the Court of Appeal on Wednesday, but failed, with the jury discharged.