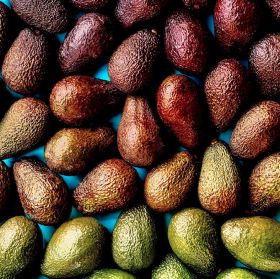 The World Avocado Association has hit back at reports that avocados are on the decline in the UK after certain restaurants were reported to have ditched the superfood for ethical reasons.

The Guardian reported that restaurants such as the Wild Strawberry Café in Buckinghamshire, Wildflower in Peckham, and Michelin-starred Irish restaurant Aniar had dropped the fruit over concerns about the environment and Mexican drug crime.

Aniar's chef JP McMahon told the newspaper that avocados don’t feature on his menus due to “air miles, deforestation and problems in Mexico with cartels”, which are reported to be cashing in by selling so -called “blood avocados” to British importers.

In addition, concerns have been raised by various media outlets in recent months about the volume of water required to grow avocados, notably in Chile, whose total crop estimate for the 2017-18 campaign increased to 245,000 tonnes.

“It is a common misconception that avocados require large volumes of water for cultivation,” said Xavier Equihua, chief executive of the World Avocado Organisation. “In fact, the average water footprint per kg of avocado is just one 15thof the water required to irrigate the same quantity of beef.

“Furthermore, the reality is that avocados adapt to different climatic zones across the world and are widely grown in high rainfall areas, such as Mexico and Colombia, where avocados are naturally irrigated.

“Where irrigation is required, water-efficient systems are widely implemented across commercial orchards to ensure sustainable harvesting.”

The body added that UK avocado sales have grown by 26 per cent in the last year, with over 600m kg consumed across Europe in 2018. According to Equihua, suggestions of falling demand “couldn’t be further from the truth”.