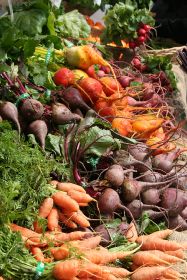 The global organic industry is seeing increasing levels of consolidation as major players look to bolster their capabilities and become larger entities, a new report claims.

Traditionally fragmented with many operators involved in production and distribution, the organic sector is seeing rationalisation as large companies buy up competitors and unexpected new players - such as Amazon in the case of its purchase of Whole Foods - moving into the segment.

Analysts at Ecovia Intelligence say they expect many more deals as consolidation continues to hit the trade. The group highlighted three recent deals as evidence of the trend: Royal Wessanen, one of the oldest organic food enterprises in Europe, has been acquired by an investment consortium for €885m; US organic salad company Earthbound Farm has been snapped up by Taylor Farms for $400m; and North American drinks manufacturer Bolthouse Farm has been sold to private equity group Butterfly for $510m.

Despite the clear trend, Ecovia warned that getting into organics is not as simple as just buying up a farm, adding that there is no guarantee of market success. "Although healthy growth rates are continuing, the organic food market is becoming increasingly competitive," it said, citing the example of North American giant Organic Valley, which despite achieving sales of over $1.1bn in 2018, has just reported its second year of losses.

"Organic brands do not always fit well into conventional portfolios, as many large food companies have discovered," Ecovia continued. "There is also a concern that consumers will shun organic/sustainable brands if they are no longer true to their 'green roots'."

A Sustainable Foods Summit, which will explore new horizons for eco-labels, is taking place in Amsterdam on 13-14 June.