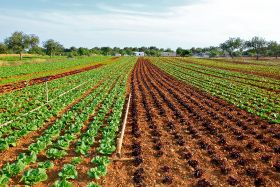 NFU president Minette Batters has urged the government to commit to raising Britain’s food self-sufficiency ahead of Brexit.

With the UK currently producing 61 per cent of all food it consumes, the union leader made her comments as the country passes 11 August, which marks the day that Britain would have run out of food if reliant on its own produce.

The NFU’s ambition is for British farming to produce more food for a growing population, while achieving net zero emissions by 2040.

Britain’s self sufficiency has dropped from a post-war peak of 85 per cent in indigenous foods in the 1980s, with farmers growing 78 per cent of all food Brits ate during the decade.

“British farming has a great story to tell. From West Country Red Tractor-assured beef to Welsh lamb, Cumbrian sausages to Kent strawberries and Herefordshire apples to Wensleydale cheese – our farmers and growers are delivering some of the highest quality food in the world,” Batters said.

“This autumn is critical to the future of British farming and with it our ability to feed ourselves. We need a clear pledge from government that it will not let our current self-sufficiency levels fall below today’s 61 per cent. Our self-sufficiency has declined over recent years and our political leaders need to take this seriously.

“While we will never be completely self-sufficient as a country it is vital that Britain takes its role as a food producer for its growing population seriously and does not rely on the rest of the world – with wildly varying standards of production – to feed our population which is likely to grow to 73 million people in 20 years’ time.”

As one of Britain’s biggest employers, and the backbone of Britain’s largest manufacturing industry, food and drink, Batters urged policy makers to back UK farming ahead of the Agriculture Bill’s return to parliament.

“In the next few weeks we will have a once-in-a-generation opportunity to shape our future. I hope today acts a wake-up call for all those in power to look at what can be gained and also what is at stake.”