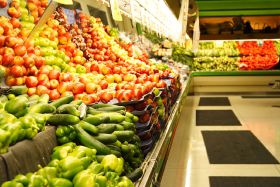 The big-four supermarkets all saw their share decline over the last quarter during a period when the grocery market suffered in comparison to the vintage summer of 2018.

It all came during a period of flat sales as supermarkets struggled to match the strong performance seen in 2018's long, hot summer. “The memory of last year still looms large for retailers and this summer’s comparatively poor weather, combined with low levels of like-for-like price rises, have made growth hard to find for retailers," said Fraser McKevitt, head of retail and consumer insight at Kantar.

“July’s hottest day on record wasn’t enough to shift the market into growth, but the grocers will have been encouraged by glimpses of better weather during the past four weeks, which helped boost sales of summer staples like hayfever remedies, suncare and burgers by 17, eight and five per cent respectively.”

Lidl’s sales increase to it to a record market share of 5.9 per cent, with McKevitt pointing to the discounter's raft of new store openings, which helped it attract 489,000 additional shoppers this period.

Ocado increased its shopper base by seven per cent and encouraged its customers to spend £1.93 more each delivery, and the retailer now commands 18 per cent of all online supermarket sales.