The FTSE 250 fresh prepared business, one of the largest food manufacturers in the UK, releases H1 2019 results 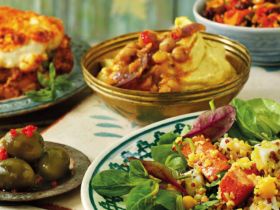 Gudmundsson, said: “During a challenging period, I’m pleased by the resilience we’ve shown across the business to deliver a solid first half performance. While the trading environment in the UK is still uncertain, we remain positive of our long-term prospects and the demand for fresh prepared food.