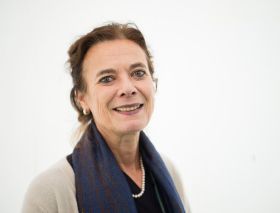 Renowned scientist Professor Louise Fresco will argue for an expansion of industrial food production to feed the world’s growing population at next year’s City Food Lecture in London.

In her lecture, titled “Fish nor flesh or both? Foods for the future”, the academic and broadcaster will say the public is increasingly confused about the supply chain, and is in danger of making decisions that have long-term damaging effects on our food system.

“Food is a source of great confusion and individuals and societies are struggling to work out what best we should eat in times of climate change, obesity and animal welfare,” she adds.

Taking place on Thursday 20th February at London’s Guildhall, The City Food Lecture is one of the most prestigious events in the food industry’s calendar. The 2020 lecture will be the event’s twentieth anniversary.

The event attracts industry leaders to deliver keynote speeches in front of a 650-strong audience, followed by a panel of top figures in food.

She has served on the boards of Rabobank, Syngenta, and Unilever as well as serving as a Trustee of the Shell Foundation, whilst her successful book: Hamburgers in Paradise:the stories behind the food we eat, has been translated into several languages.

City Food Lecture organising chairman, John Giles said: “We are incredibly excited to welcome Professor Fresco to the City Food Lecture. She has a wealth of knowledge and an authoritative perspective on the past, present and future of the food industry. I am confident her presentation will provide serious food for thought to all who attend.”

The City Food Lecture is organised by the seven City of London Livery companies involved in agriculture and food: the Worshipful Companies of Bakers, Butchers, Cooks, Farmers, Fishmongers, Fruiterers and Poulters. It is supported by premium sponsor Rathbone Investment Management.