Apple named in honour of Brexit 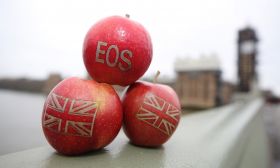 British Apples & Pears has named an apple variety in honour of the UK’s departure form the EU.

Christened “Eos” after the Greek goddess of dawn, British Apples & Pears (BAP) said it wanted to “mark this significant occasion” with the new appelation for the red apple.

The topfruit organistion arrived in Westminster to hand out Union Jack inscribed apples to members of the public.

“31st January 2020 is a momentous day for Britain and one that will go down in history. After nearly 50 years of membership and four years since the vote to Brexit was taken, Britain leaves the EU,” BAP stated.

“British Apples & Pears, the organisation that represents the apple growers of Great Britain, has renamed an apple to mark this significant occasion. 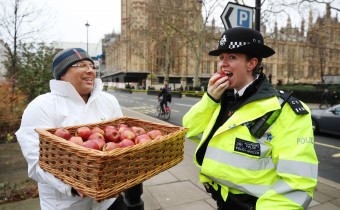 “The special apple has been christened Eos, after the Greek goddess of dawn, and will herald in the next chapter in our life outside the European Union.

“Apples are our national fruit and what more fitting way to welcome the new era than to take a bite of a delicious Eos apple. A true Boris bite!” 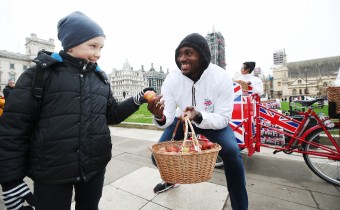