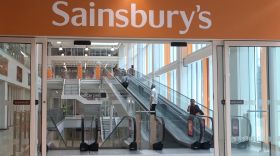 Sainsbury’s was the best performing of the Big Four supermarkets in the past 3 months, according to the latest Kantar data.

Sainsbury’s sales fell by 0.6 per cent on the same time last year, while also slipping a fraction to 15.8 per cent market share, however its online sales grew seven per cent, with Kantar describing as the best performing supermarket.

Other Big Four retailers suffered greater downturns in sales on the same period last year, with Tesco declining 0.9 per cent, Asda by 2.2 per cent, and Morrisons the most at three per cent.

One bright spot for retailers was the popularity of their budding vegan ranges, which were popular with a public looking for healthier products after Christmas.

Fraser McKevitt, head of retail and consumer insight at Kantar, said: “It’s clear the Veganuary campaign is having an impact.  More than twice as many consumers bought one of the supermarkets’ explicitly labelled plant-based products in January 2020 compared with the festivity-filled December 2019.

“Sales of meat substitutes such as soya mince or vegetarian burgers and sausages were 14 per cent higher than January last year, while sales of lentils were up 6 per cent, lettuce 10 per cent and aubergine 14 per cent.”

Overall, Ocado was the UK’s biggest riser, with its sales up by 11.2 per cent on the last year.

“More than half of the online retailer’s sales come from customers in London and the South of England, but its quickest growth is actually found outside of this heartland in the North of England where its sales were 17 per cent higher than the same time last year,”  McKevitt added.

As is custom, the fastest bricks and mortar retailers were Lidl and Aldi; the former achieving 11.2 per cent growth, and the latter 5.7 per cent, with both welcoming more than 800,000 new shoppers to their stores in the past year.

Co-op continued its run of growth, stretching back to May 2018, with sales up by 2.7 per cent.  The convenience retailer’s share rose by 0.1 percentage points to 6.0 per cent.

Iceland’s sales grew ahead of the overall market at 1.4 per cent and its share held steady as a result.  Waitrose’s sales were 1.5 per cent lower than that same period last year and its market share slipped from 5.1 per cent to 5.0 per cent.