Change at the top for Flamingo 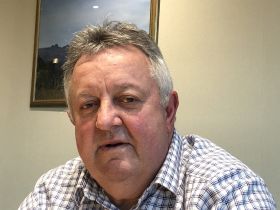 Flamingo Horticulture's long-standing chief executive Martin Hudson has stepped into a new role after 25 years at the helm of the UK’s largest added-value grower and direct supplier of cut flowers, plants and fresh produce.

The company’s former international managing director Olivia Streatfield has replaced him, with Hudson continuing as a main board director.

Hudson said he had greatly enjoyed his time as CEO since establishing Flamingo UK with co-founder Richard (Dicky) Evans in 1994. The business began as the UK group marketing and distribution arm of Evans’ supply business Homegrown Kenya.

“Flamingo’s first ten years in business were very entrepreneurial, with lots of acquisitions and some good organic growth in the market,” Hudson said.

“After we were acquired by Finlays in 2007 we took a more consolidated approach, with lots of investment in sustainability, but since Sun Capital came on board in 2015, we’ve been expanding again, with bigger rose production in Kenya and Flamingo’s acquisition of the Butters Group and Afriflora NL. Afriflora operates with its own leadership management team led by CEO Cees de Greve.

"Streatfeild is the perfect person to take the Flamingo Horticulture company forward as we continue on this path.”

Giles Turrell was appointed in June 2019 to lead the combined Global Flamingo and Afriflora group.

The supplier, whose head office is in Stevenage, now prepares more than a million flower bouquets a week in the UK and is a leading supplier of sustainably produced roses, cut flowers and produce to UK retailers.

In addition, the vertically integrated company produces and processes 10,000 tonnes of beans, Tenderstem and mixed vegetables a year, as well as supplying UK asparagus grown by Cobrey Farms.

Over the last quarter century, the company has grown into a large international business with a turnover of around £500 million and production in Kenya, South Africa, Guatemala, Peru, Egypt, Morocco, Spain and Colombia.