Research by Grant Thornton reveals robust level of M&As in the food and drink sector, especially among SMEs 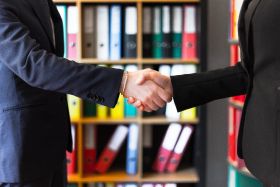 Merger and acquisition activity in the food and beverage sector remained robust in 2019, recording a slight increase in deal volumes compared to the previous year, according to new figures from financial adviser Grant Thornton.

Mega-deal activity continues to be impacted by the fragile macro-economic environment, Grant Thornton said, and recent years have recorded a heightened level of distressed M&A. According to the analysis, there were 14 deals in 2019 where companies were acquired out of administration, with Q4 alone accounting for nine of those transactions.

Trefor Griffith, head of food and beverage at Grant Thornton UK, said: “Even though the outlook remains cautious, our latest research has found that deal activity in the food and beverage sector remained robust in 2019 – but very much focused on the small-mid market. The year recorded the highest level of private equity investment seen in the sector in the past ten years of our analysis, demonstrating a continued appetite to engage and invest in food and beverage companies.

“Shifting consumer trends continue to drive growth in certain categories, which in turn serve as a catalyst for M&A. The health and wellness agenda shows no sign of abating – from plant-based products through to the “low/no” trend, as well as the demand for innovative, artisan and premium products.

“But the operational environment for food and beverage companies remains immensely challenging. On top of this are the broader macroeconomic headwinds at play, with a slowing global economy, the ongoing uncertainty surrounding Brexit, and now the concern around the potential impact of the coronavirus outbreak.

“Despite the various challenges, M&A remains a key strategy for growth. Large conglomerates should still focus on reviewing, rationalising and refreshing their portfolios. While the long-term disruptive trends and uncertainty are not going anywhere overnight, the drivers for M&A in the food and beverage sector remain strong.”