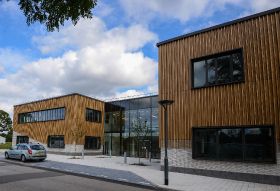 A growers' ballot to obtain views on the Agriculture and Horticulture Development Board (AHDB), organised by three professional growers from south Lincolnshire, has attracted unprecedented interest across both agriculture and horticulture.

The ballot was sent out at the start of July to 1,600 horticultural businesses and potato growers. Since the initial distribution, a further 400 ballot papers have been sent and more have been requested by growers.

The ballot was organised by three growers of potatoes, vegetables and flowers, after a government call for views on AHDB received responses from less than 0.5 per cent of levy-payers.

The growers say that the results of this survey do not provide a mandate to keep the statutory levy which funds AHDB, and that low margins in the industry, together with the current crisis, mean that the funding mechanism has to change.

Commenting on the response, flower grower Simon Redden said: “We are not surprised by the response, considering the number of enthusiastic growers who have contacted us. The ballot company has already received around a quarter of the ballot papers we sent out. This already gives us a much more representative sample of what levy payers really think than DEFRA's review, which attracted just 225 responses from horticultural and potato growers.”

Vegetable and potato producer Peter Thorold added: “The response so far has been tremendous and there has been a lot of interest from the media. The polling company has been receiving up to 70 completed ballot papers daily. We are also pleased to see increasing interest from farmers in other levy-paying sectors such as dairy, who are also unhappy with the way that AHDB is set up and run, supposedly on their behalf.”

In particular the AHDB review petitioners are seeking views on:

• Whether levy-payers wish to continue to fund their sectors of the AHDB by a statutory levy or a voluntary option as suggested by DEFRA in their survey.
• The immediate decriminalisation of the failure to file returns.

Any levy-paying grower who has not yet received a ballot paper can request one using the email address: ahdbpetition@gmail.com.