Covid-19 recovery to cause strain on wood availability, according to industry body Timcon 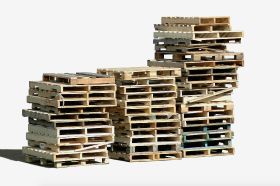 “We are expecting timber availability to tighten, which of course has the potential to effect prices," said Stuart Hex, secretary general of Timcon. "Although demand for pallets and packaging remains moderate, we anticipate a knock-on effect of the current shortages in construction and fencing, where we have already seen record high prices and shortages. Our sector often has to compete with fencing for core and side boards.”