Corrugated packaging giant wants to reach “at least net zero” emissions by 2050, with a beefed up 2030 target of a 55 per cent reduction 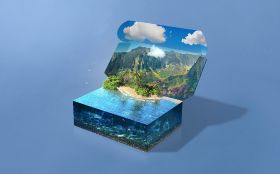 The Irish packaging giant has also increased its intermediate CO2 reduction target to a 55 per cent reduction by 2030, against a 2005 baseline.

Smurfit Kappa has had a major focus on sustainability since 2005, and the company said it had already achieved a reduction in CO2 emission intensity of 32.9 per cent, making it close to reaching its previous target of a 40 per cent reduction by 2030.

One such project was the installation of a recovery boiler at the company’s Nettingsdorf Paper Mill in Austria which began operating in June 2020. The new boiler is set to cut CO2 emissions by an additional 40,000 tonnes, which translates into an additional 1.5 per cent reduction in CO2 emissions across the business.