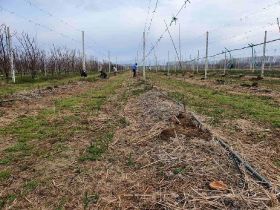 Global fresh produce grower Jupiter Group has announced it will trial six new varieties of South African plums in the northern hemisphere for the first time.

A project two years in the planning, the plants have now arrived in Europe and Jupiter said it expects to see samples of production "in a couple of years’ time".