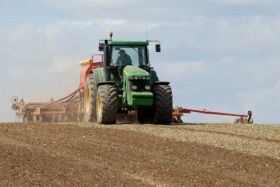 The Chartered Institute of Environmental Health (CIEH) has urged the government to keep its word on maintaining the UK’s high food standards in any new trade deal with Australia.

The UK was expected to offer the country a deal on Friday (21 May) that would see taxes on imports phased out over the next 15 years. If accepted, the agreement would also phase out quotas on tax-free trade between the two countries.

With UK farmers bound by high food and environmental standards, some fear they will be undercut and unable to compete with cheaper produce entering the market from Australia.

The deal mainly affects British beef and sheep farmers. The UK currently trades very few fresh fruits and vegetables with Australia, but in future certain sectors of the fresh produce industry could also be impacted.

Previous and current Defra secretaries Michael Gove and Theresa Villiers have repeatedly asserted the government’s firm commitment to maintaining the UK’s high food and environmental standards in any circumstance.

Despite this, key amendments to both the Agriculture Bill and the Trade Bill, aimed at safeguarding British standards and protecting UK producers, were repeatedly defeated by the government in Parliament.

There are concerns that due to loopholes in the recently passed Trade Bill, the government will now be able to approve the import of animal and agricultural products of a lower standard than currently permitted in the UK and make changes to existing food safety regulations without consultation.

Julie Barratt, CIEH president, said: “Despite repeated assurances from a string of environment secretaries, the mood music does not look good for UK food standards and animal welfare when it comes to this potential deal with Australia.

“Adopting a zero-tariff and zero-quota approach to food imports from Australia risks the UK market being flooded with cheaper produce and undercutting UK farmers, forcing our farmers to adopt lower standards just to be able to compete.

“There are also serious questions about how importing cheaper food from the other side of the world impacts on the UK’s food security or sustainability, or how it helps the government meet its wider environmental pledges or commitment to achieving net-zero.

“We are calling on the UK government to stick to its environmental commitments and to not undermine our high food standards in an attempt to get a trade deal over the line.”

Joe Spencer, a partner at business advisory MHA MacIntyre Hudson, added: “Farmers are right to be wary. Trade deals of the sort the government is trying to negotiate with Australia offer few advantages to the sector and maybe only small benefits to consumers, in terms of lower prices.

“The sector, and the general public, will be paying close attention to the way these trade deals ensure food safety and livestock welfare standards.

“The good news for the sector though is that, overall, the deal with Australia, should it go ahead, will likely have minimal impact. Australia’s export markets are in Asia, and with the growth of the middle class in China an avalanche of cheaper imports is unlikely to find its way to the UK.

“The bad news is that the deal probably won’t benefit UK producers much through increased access to the Australian market. However, even if the Australian deal considered in isolation will not be a huge problem it is part and parcel of a series of pressures farmers are now facing, many caused by government policy.

“We know the changes to direct financial support following Brexit and the transition to the UK Agricultural Policy will impact the bottom line for many producers, so further pressure on prices from trade deals (as the government hopes for more) will not offer farmers the opportunity to grow and reinvest.”

Chancellor Rishi Sunak has said any trade deal will include "the appropriate safeguards and protections" for farming and standards.