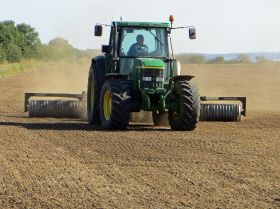 The NFU has called for farmers thinking of leaving the industry to be given enough time, information, flexibility and support to do so successfully.

Wednesday 11 August marked the end of the government consultation period into the administration of direct payments and a lump sum exit payment for farmers who may be looking to leave the industry.

The 12-week consultation sought views on how new ‘delinked’ subsidies to reward sustainable food production and environmental improvements will be calculated.

In addition, the government is proposing to offer a single sum to farmers who would like to retire or leave the agricultural sector so they can do this in a planned and managed way.

The consultation sought views on who should be eligible for these lump sum payments and how the payments should be calculated as the UK transiations away from the £3 billion European Common Agricultural Policy system of direct payments in favour of incentives for sustainable production.

Responding to the consultation, NFU vice president Tom Bradshaw said: “The NFU has made their response clear: we need to see a domestic agriculture policy that gives farmers thinking of leaving the industry enough time and information to make those life changing decisions that affect their farming future.

“It is also crucial that those remaining in the industry are not unfairly disadvantaged and we allow farming and British food production to thrive for generations to come.

“Our own consultation reached 2,500 members and confirmed what we already know: that every farmer is unique. Their personal circumstances, land tenure and enterprises vary massively, so we cannot accept a one-size-fits-all approach.

“For tenants there are the added complications to meet with the legal requirements of giving notice to their landlords.”

He added that many of the NFU’s members had expressed concerns about the loss of a family home and urged the government to take a flexible approach, allowing those exiting the industry to keep their residential property or any non-farming related business.

“A flexible approach would reduce barriers for those wishing to exit the industry and still have the potential for income from non-farming activities,” he said, adding that new trade deals, and their consequences, also play a “crucial role in the viability of family farms”.

Bradshaw also called for farmers to be given certainty about when the exit scheme will be open for applications.