A Brisbane woman has paid A$1,500 (US$1,338) for two apples, believing she was purchasing smartphones 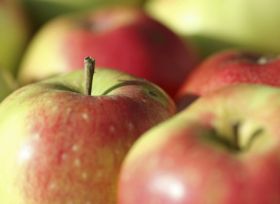 A Brisbane woman has paid A$1,500 (US$1,338) for what she thought were two Apple iPhones, only to discover that she had been sold two edible apples instead, The Independent reports.

The transaction occurred after the woman placed an advertisement on Gumtree, a website providing a free local advertising service for the general public, that stated her interest in purchasing the two smartphones.

She received a response from a caller who reportedly informed her that she had “two apples” she wanted to sell.

The buyer and seller subsequently met at a local McDonald’s restaurant to complete the transaction.

The buyer handed over the sizeable sum of money and received two new Apple iPhone boxes, but neglected to check their contents. Only on arriving home did she discover that they contained edible apples.

Senior Constable Jess Hopkin of the Upper Mt Gravatt Crime Prevention Unit has responded to the case with a warning to the general public to exercise greater caution when buying things online.

A spokeswoman for Gumtree, Niki Hennessy, emphasised the seriousness with which the company took the security situation. "We are continually improving processes and user education to make Gumtree the safest possible platform for buying and selling," she told the Herald Sun.

This is not the first instance of its kind. Earlier this year, a Manchester man was reportedly sold a box of potatoes, when he thought he was paying for an iPad.