The award, which recognises excellence in horticulture, was awarded to Durham for his work on the Pink Lady brand 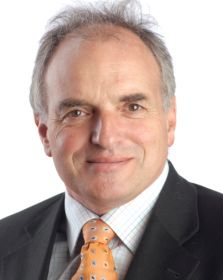 The former managing director of Apple and Pear Australia (APAL), Jon Durham, has been awarded the 2013 Graham Gregory award for excellence in horticulture at an event hosted in Sydney last week.

Durham, who began his career in 1967 at his own family’s orchard in Bacchus Marsh, Victoria, has had a diverse and far-reaching career spanning more than four decades.

These include having established key industry programmes and holding key positions, including the inaugural Chair of the Bacchus March Fruit Growers Association, President of the Orchardists and Fruit Cool Stores Association and Founding Partner and Director of DMM Fruit Handling Equipment, now known as Colour Vision Systems.

Durham also helped establish the Pink Lady as an internationally recognised brand through the development of a global Pink Lady apple business model.

As a result of his leadership, the Pink Lady is estimated to have brought in retail sales of more than A$1.5bn (US$1.4bn).

Durham emphasised the support he has had from partners in the industry as instrumental to aiding his success.

“I have been lucky to work with great people, in Australia and internationally, who share the same passion as I do for the horticulture sector,” he said in a Horticulture Australia media release.

“Being born into the industry certainly helped me develop this passion and empathy for growers. People on the land really are terrific with their ability to be flexible and skilled in various activities. It’s a tough gig.

“I see great value in the ability to listen to people and accept that not everyone has the same position on an issue. Thinking strategically about where you can compromise to find the right solution and convince others along the way plays a big role in growing your industry.”

Dr Kachenko, the Research and Market Development Manager for Nursery & Garden Industry Australia, was recognised for his commitment to bridging the gap between science and farm best practice.