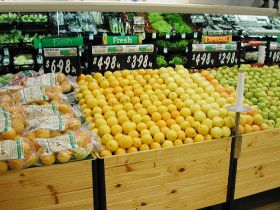 Australian suppliers pay back one dollar in every four earned to retailers  to fund discounts, rebates and promotions

Australia’s A$111bn food and grocery industry is suffering the highest manufacturing costs in the world, affecting its share of export markets in Asia, according to the Australian Food and Grocery Council’s (AFGC) latest report.

AFCG’s chief executive Gary Dawson said in a company statement that the report demonstrates how challenging the market is for Australian suppliers, stuck between dominant retailers and high labour and utility costs.

“The rapid growth in payments extracted by retailers represents a direct profit shift from suppliers to retailers and reflects the dominant position of the two major supermarket chains,” said Dawson.

"The two major retailers extract an additional 5 per cent more from suppliers than other retailers, reflecting their market power. This 'trade spend' has been growing at four percent per annum, while volume has been flat and profitability declining sharply.”

The report found that while Australia’s exports have been increasing, the country is losing market share, particularly in China where Australia has lost out to Indonesia, New Zealand and France. In Indonesia, Australia’s market share has halved since 2006. The report cites a high Australia dollar, low investment in the industry and productivity issues for Australia’s receding international competitiveness.

“Looking forward, the key challenge for Australia’s food and grocery sector is to improve its competitiveness in order to secure growth opportunities domestically and in export markets,” said Dawson.

“Without a viable domestic food processing sector Australia will not fully capitalise on the opportunities of the Asian ‘dining boom’.”

KPMG compiled four years of financial data for the AFGC report on competitive and sustainable growth, from 2010-2013.