The world’s largest retailers have bucked the economic downturn and continued to enjoy a rise in revenue, according to Deloitte 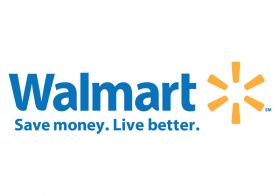 Global retail giants are continuing to prosper despite the economic downturn, according to the 2013 Global Powers of Retailing Report, prepared by accounting firm Deloitte.

The report concluded more than 80 per cent of the world’s top 250 retailers posted an increase in retail revenue in fiscal year 2011.

The same retailers’ combined revenue topped US$4tn, a 5.1 per cent year-on-year growth, building on the previous year’s 5.3 per cent increase.

US multinational Wal-Mart again topped the list, with its revenue of US$446.95bn more than three-times that of second placed French chain Carrefour’s sales of US$113.2bn.

Australian retailers Woolworths and Wesfarmers were two of the biggest success stories, improving their rankings to 17th (up from 18th) and 18th (up from 21st) respectively.

The two companies recorded revenues of more than US$50bn each in Australia and New Zealand alone.

Retailers in emerging markets made-up almost half of the 50 fastest growing companies.

The report pointed to the growing middle classes, youthful populations, and sizeable foreign direct investment in these markets as a reason for the rapid rise.