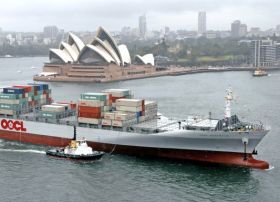 The Biosecurity Bill has passed through the Australian Senate on 13 May, paving the way for the biggest reforms to the country’s biosecurity system since the Quarantine Act of 1908.

“Our protection is in a clean green image that gets us a premium price and you can see that in the fights we’ve had with the Panama Race 4 and Cucumber Green Mottle Mosaic Virus we have always got to be on the balls of our feet with biosecurity,” Joyce told ABC Rural. “The price of our product is underpinned by our clean green image and therefore the Biosecurity Bill has to match that aspiration.”

Joyce said the bill was the result of consultations with more than 400 organisations, focusing on modernising regulations and administrative procedures.

The Biosecurity Bill was first introduced in 2012, and still needs to pass through the House of Representatives.