Leading Australian fruit and vegetable company has priced its market value at A$839.4m, with an international road show to shore up offshore investment 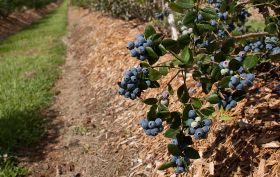 Costa Group is set for an overseas road show of Asia, Europe and the US to shore up offshore investment in the company ahead of its public listing on the Australian Stock Exchange.

The leading Australian fruit and vegetable business has released its prospectus, pricing its IPO at $2.40 to $2.70 a share, to raise A$541m to $637.4m, according to Fairfax.

The projected IPO has been valued at 14.8 to 17.6 times higher that Costa’s forecast net profit for the 2016 financial year.

The company will sell 76.4 per cent of its shares, with family patriarch Frank Costa to retain 10.5 per cent, which could see the Costa family take in around A$158m from the sale. US-based private equity firm Paine & Partners, which currently owns just over 50 per cent of Costa, will retain a 12.4 per cent share.

Costa chairman Neil Chatfield told Fairfax that the business expects earnings of A$704.4m this financial year, pitching itself as an industrial technology group to potential investors rather than as an agribusiness.

“With more than 75 per cent of its revenue coming from covered cropping, the company has significantly invested in year-round and stable supplies of its four key categories: mushrooms, tomatoes, bananas and berries.

Costa’s current market position, operating platform and world-class practices provide it with multiple growth drivers in the Australian domestic market and highly attractive international markets,” Chatfield told Fairfax, citing Costa’s berry production programmes as examples of its expansion, with five blueberry farms in Morocco under a joint venture, as well as its partnership with Driscoll’s for berry production in China’s Yunnan province.

“Costa’s portfolio aims to be broad enough to mitigate agricultural and market risks, while maintaining a focus on exceptional quality, high-growth and high-value fresh produce categories.”

An overseas trade sale had been on the cards, with reports that Japanese firm Sumimoto Group and China’s Fosun had expressed interest in purchasing the group. Costa’s partner in its berry business, US-based Driscoll’s, had reportedly also put in a bid, according to Frank Costa.