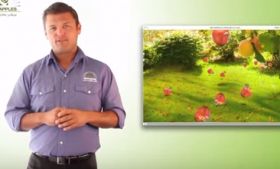 The NSW Supreme Court has heard that Westley had misappropriated more than A$277,000 in doctored and false invoices earlier this year for the Avenue Q theatre production at Sydney’s Enmore Theatre.

Westley was the executive producer of the show, which ran from 2 July to 18 July this year.

“Between June 2014 and July 2015, Westley used his position as manager, marketing services of HIA and HAL to cause his employer to make a number of payments to various entities without authority,” stated the judgement summary. “For the most part, those payments were put towards costs and expenses associated with a theatrical production known as ‘Avenue Q’.”

Westley was employed by HIA from January 2011, when the organisation was known as HAL, where he was responsible for marketing Australian apples and pears.

“Like me, I am sure many apple and pear growers will feel very distressed and angry on hearing that our marketing levy has been misappropriated,” said John Dollisson, CEO of Apple and Pear Australia (Apal) in a company statement. “In a year when growers needed all the support they could get from the marketing program managed by HIA, it is beyond frustrating that this has occurred.

“I will stay in close touch with HIA to provide any support we can to resolve this matter and see the funds returned to marketing for our industry.”

John Lloyd, CEO of HIA has told ABC Rural that the organisation summarily dismissed Westley on 7 July 2015 when he first became aware of the false invoices after being tipped off by a colleague and then applied for a court freeze on ticket sales of A$433,000 which has left 12 cast and crew members unpaid.

"It's disappointing for our stakeholders. I've got the greatest admiration for the staff member who came across this and brought it to our attention straight away," Lloyd said. "We're supremely confident of getting that money back, either for us or our insurer.”

HIA alleged that Westley also used his position at HIA to issue other unauthorised payments including to an audio producer, the Bingham Cup Organising Committee and an online dog treats business operated alongside his wife.