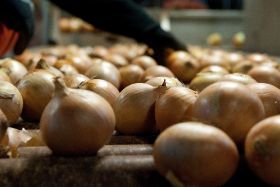 Onions Australia is investigating claims imported onions are being marketed as Australian-grown.

The peak industry body confirmed to ABC Rural that it had received complaints about growers importing, repackaging then on-selling onions to leading supermarkets Woolworths and Coles. In 2012 the two retailers took a stance by pledging to only sell Australian-grown onions.

While the inquest will continue over the coming weeks, Onions Australia chair Kees Versteeg said it could be difficult to prove a cover-up had taken place.

“I think it's about making the industry and Australia aware that the potential is there these things can happen," Versteeg told ABC Rural. "The fact is, you can get away with it because no one is policing it. I even find it difficult to prove.”

Coles’ fresh produce manager Brad Gorman said the retailer would not launch its own investigation into the matter, saying the company trusted its suppliers.

“We have great faith installed in our growers," Gorman told ABC Rural. "They grow with integrity, they support Australian jobs and there's absolutely no reason for us to investigate them."

Late last year Versteeg spoke out about the Australian industry’s ability to continue supplying its domestic market entirely. His comments came after US onions arrived in Australia at the same time the Queensland onion season was getting underway.

“Onions Australia has been campaigning for some time to have the imports stopped,” Versteeg said. “We have undertaken a national education campaign to alert both retailers and consumers that Australia has a plentiful supply of our own locally grown onions. Australian onions are grown in the safest conditions, with our growers adhering to the strictest production standards second to none.”