Guangzhou Customs has detained 28 people for smuggling US$91.09m of fruit into China 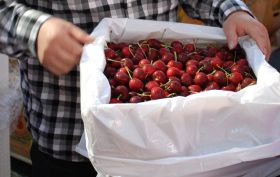 Guangzhou Customs has arrested 28 people suspected of smuggling Rmb600m (US$91.09m) of fruit into China since 2012, according to Yangcheng Evening News.

The 28 being detained reportedly belong to three groups led by individuals identified by local media only as ‘Lu’, ‘Peng’, and ‘Liang’.

The crimes have been under investigation since January 2014 and concern both Chinese and overseas parties involved in production, procurement, customs clearance and the retail market in China.

The importers allegedly smuggled fruit into China through various methods including the false reporting of transaction prices, and fabricating quarantine certificates and certificates of origin, with 40,000 tonnes of cherries, grapes and other fresh fruit smuggled into China from countries including the US, Chile, Australia, South Africa.

The investigation also uncovered false declarations of duties on goods sold on consignment.

The news follows the arrest of managers from leading Chinese importer Dalian Yidu in January 2015, which many in the trade speculated was the result of the under-declaration of customs duties.

One veteran of the Chinese fresh produce trade who wished to remain anonymous told Fruitnet that news of these recent arrests would see fewer people willing to engage in risky importing.

“One thing got my attention is that now, from an official level, we know for sure that there is legal responsibility when you sell on consignment but do not pay duties accordingly,” the source explained. “In the past, many companies have been taking their chances on this for a higher profit. However, now with this news out, I believe there will be less and less people willing to take that risk.”

While the Chinese government is cracking down on illegal fruit imports, usually smuggled through Hong Kong or Vietnam, trade via the grey channel is also on the decline as China grants official access to more products, the source said.

The case has been transferred to the Procuratorate for examination and prosecution.