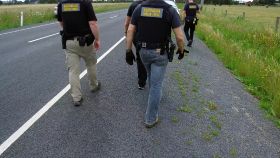 Industry body Ausveg has condemned the mistreatment of workers and called for increased accountability and reform of Australia’s labour hire industry following more reports of underpaid and undocumented foreign workers on farms across the country.

An investigation by the Australian Border Force, the Australian Federal Police and the Fair Work Ombudsman has unveiled the mistreatment, underpayment and use of illegal foreign workers by labour hire firms providing workers for farms supplying Coles and Woolworths.

Leading asparagus producer Vizzari Farms, based in Koo Wee Rup, was raided by Australian Border Force on 2 December, with more than 61 workers found to be in breach of their visas or working illegally, and more than A$400,000 in cash seized from two safes hidden in the premises belonging to the labour hire contractor.

Major citrus supplier Simfresh is also under investigation for employing migrant workers unlawfully, with Fairfax reporting that a rogue labour hire firm is supplying undocumented workers to Simfresh and other farms across New South Wales and Victoria.

Ausveg national communications manager Shaun Lindhe issued a release on 2 December calling for labour hire firms to be held accountable for their actions.

“The majority of growers in our industry conduct their businesses fairly and in accordance with the law, and they have had enough of rogue operators whose selfish actions and unconscionable conduct hurt vulnerable workers and damage the reputations of everyone in our sector,” said Lindhe.

“Ausveg stands firmly behind all growers who operate their businesses lawfully and believes that those who shirk the law and exploit workers need to be held responsible for their actions.

“Enough is enough,” he continued. “We need to ensure that any mistreatment of workers is stamped out of our industry and that the reputations of our growers who are fully compliant with the law are protected.”

The National Farmers Federation (NFF) has called for a culture of zero tolerance of overseas worker exploitation, and will  hold a roundtable meeting in Canberra on 14 December.

“The NFF will continue in its efforts to improve standards across the industry to combat organised exploitation of overseas workers. We will stay the course on this,” Tony Mahar, NFF chief executive, said on 16 November. “Ultimately, we need to develop a zero tolerance culture across the sector and to do this we need a strong vision and a coordinated and collaborative effort from government and industry stakeholders.”