Victorian-based supplier, together with Australian Jazz growers, pledge support for those living below the poverty line 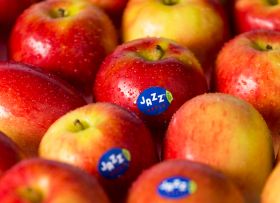 Australian pipfruit grower-packer-marketer Montague will kick off their 2017 Jazz apple season with a sizeable donation.

The Victorian-based company, together with the Jazz growers of Australia, will supply 1m Jazz apples free of charge to food rescue organisation SecondBite, in a bid to aid under privileged Australians.

SecondBite will redistribute the donated apples to third party community groups across Australia, such as the Salvation Army, Uniting Care and under privileged primary schools.

Montague will also donate A$0.10 per kilogram of Jazz apples purchased from Coles Supermarkets to SecondBite.

To commence the 2017 seasonal donation for fruit, an apple harvest event hosted by Montague, SecondBite and Foothills Community Centre will take place in Melbourne’s outer eastern suburbs early next week.