Wasabi cropping up in Queensland 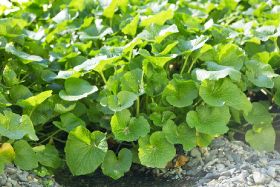 Queensland chef Jamie Ah Gee has begun growing fresh wasabi in the tropical rainforests of Australia after struggling to get fresh supplies in the local market, reports ABC Rural.

The premium in-demand herb is commercially grown hydroponically in Tasmania and needs plenty of water to thrive, but Ah Gee told the ABC that he and his wife Ann have now grown 80 plants at a greenhouse in Kuranda, Queensland.

"We found it almost impossible to source fresh wasabi in Australia and if you can the price is ridiculously prohibitive," Ah Gee told ABC Rural. "When people told me that you couldn't grow it here, I just thought, 'challenge accepted'.

"We've now successfully grown wasabi and we've successfully propagated it so the future looks good for wasabi in the rainforest."